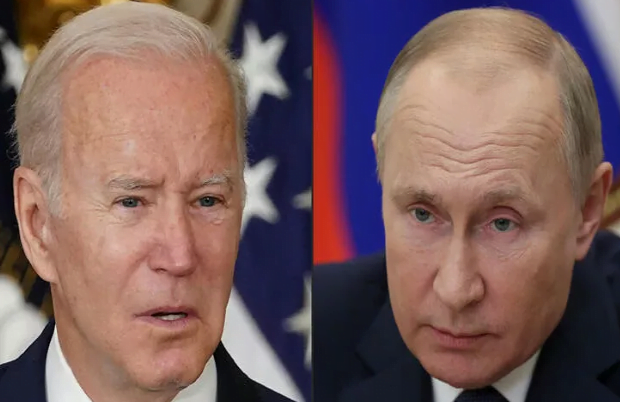 US President Joe Biden announced that they suspended their trade relations with Russia due to their attacks on Ukraine and stopped the import of major products including seafood, alcohol and diamonds from this country. Biden pointed out that they have withdrawn from Russia the “most privileged country” status, which facilitates trade between countries, lowers customs duties and allows imports, and stated that they suspended normal commercial relations with Russia.

After Russia’s attack on Ukraine, sanctions decisions came from many countries. The most severe of these sanctions was applied by the USA. The Washington administration stated that if Russia does not withdraw from Ukraine, the said sanctions will continue. In this context, US President Joe Biden announced that they will implement new sanctions against Moscow.

“WE WILL STRESS PUTIN”
US President Biden announced that they suspended their trade relations with Russia due to their attacks on Ukraine and that they stopped the import of major products including seafood, alcohol and diamonds from this country. Stating that they will impose heavy sanctions on Russia, Biden said, “Earlier in the day, we will announce new steps with NATO countries and G7 countries. The Russian economy has destroyed, we will squeeze Putin again. First of all, every country will remove their most favored status in trade with Russia. We will cut them from half of the global economy. With our allies. “It is very important that we do this. The free world comes together and pits Putin against it. Both parties in our country are leading the way.” used the expressions.

“PUTIN HAS TO PAY FOR THIS”
We are taking further steps. Including seafood and drinks. We will also prohibit borrowing from multinational countries. Putin is aggressive, he has to pay for it. The G7 is also stepping up its pressure. We will add their families to the oligarch list. They steal from the Russian people and try to hide their money in our countries. We are going after their super yachts and holiday homes. At the same time, we will prevent them from benefiting from manufacturing. These will not be the last step. And all of our sanctions, export restrictions are destroying the Russian economy. The ruble has lost 50 percent of its value. The Russian stock market has been closed for 2 weeks because they know they will crash when they open.

GREEN LIGHT FROM USA TO UKRAINIAN REFUGEES
The United States has provided more than $1 billion in support to Ukraine. We make new deliveries every day. The United States is also mediating serious security support. We are currently providing 10 thousand tons of humanitarian aid. Yesterday in Poland, Harris announced a package for $53 million in humanitarian aid. More than 30 countries other than us support this effort. We will make sure of the weapons that Ukraine must have for self-defense. If Ukrainian refugees need to come, we will welcome them here with open arms. We are ready to defend every facet of NATO. We will not fight in Ukraine against Russia.

“CONFLICT OF NATO AND RUSSIA 3rd WORLD WAR”
A conflict between NATO and Russian forces means World War III. He thought he would dominate Ukraine and failed. The US targeted democracy and failed. We stand by peace and security, we show our strength and we will not be shaken.