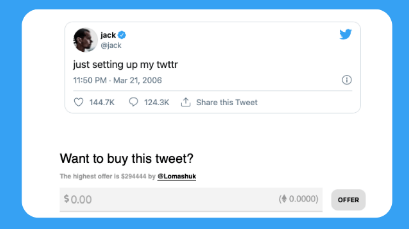 The first tweet written by Twitter’s CEO Jack Dorsey was sold for $ 2.9 million in crypto money.

In a statement made by Valuables by Cent, it was announced that Dorsey’s first tweet 15 years ago, 15 years ago, in a digital auction held on Monday, was sold to Bridge Oracle CEO Sina Estavi for more than $ 2.9 million as a cryptocurrency called NFT.

Dorsey stated that the crypto money obtained from the tweet that reads “I am setting up my Twttr now” will be transferred to the African aid organization named Give Directly. Estavi also tweeted, “This is not just a tweet! I think years later people will realize the true value of this tweet, like the Mona Lisa painting.” had shared.