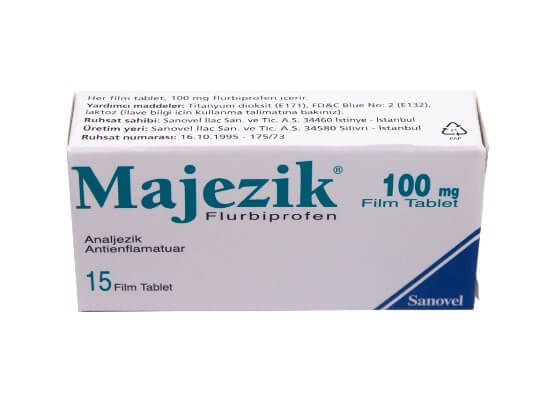 Painkillers that are used unconsciously shorten the life of our organs with vital functions such as kidney and liver in the long term and can have a toxic effect when used without paying attention to the warnings in the package insert.

One of the most common painkiller poisoning is Paracetamol poisoning. It occurs after taking a drug containing paracetamol in high doses or taking it with another drug that increases its effect.

People with pre-existing liver disease should be more careful in this regard. Because the organ that eliminates the toxic effect of Paracetamol is the liver, and people with inadequate liver functions have a higher risk of causing toxic effects of drugs containing Paracetamol active ingredient.

What is Majesic?
Majezik is a product of Sanovel company, which was founded in 1983 by pharmacist Erol Toksöz. There are varieties such as Majezik 100 mg film tablet, Majezik 200 mg SR and Majezik duo. It is a non-steroidal anti-inflammatory drug (NSAID) drug used for rheumatic pains, menstrual pain, arthritis, joint and spine pain, soft tissue injuries (tissue injuries caused by sports or traffic accidents, impacts, falls). .

Majesic usage areas
Majesic is used for the following types of pain: